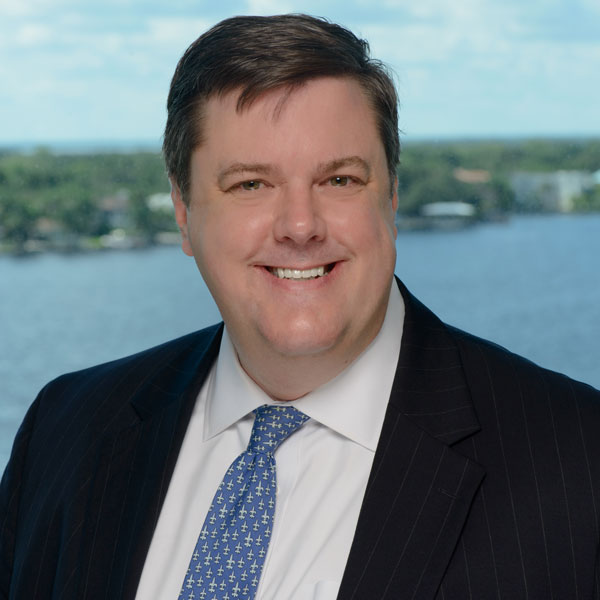 Scott P. Yount, a founding partner of the firm, and the managing partner of the firm’s Tampa office, is a graduate of Vanderbilt University (B.S., 1990) and Louisiana State University (J.D., 1993). He is board certified in civil trial law by the Florida Bar. Scott is a member of the bars of the States of Florida (2006), Louisiana  (1993), and Texas (1994), and he is admitted to practice before the Fifth and Eleventh Circuit Courts of Appeals of the United States, all federal and state courts in Florida and Louisiana, all state courts in Texas, and the United States District Courts for the Southern and Eastern Districts of Texas. He is a member of the Federation of Defense and Corporate Counsel, the Defense Research Institute, the Hillsborough County Bar Association, the New Orleans Association of Defense Counsel.

Scott practiced law in Louisiana for thirteen years before moving to Tampa, Florida, in 2006, following Hurricane Katrina. Since moving to Florida, Scott has focused his practice on construction, commercial, premises and products liability, restaurant liability, trucking liability and insurance defense litigation. He has represented a variety of insurers and their policyholders in cases involving personal injury and property damage under personal and commercial lines policies throughout Florida. He has defended first party insurance claims involving sinkholes, termite damage, fire losses, and UM claims, and he has successfully represented policyholders and insureds in automobile, defamation/malicious prosecution, and general liability claims. He has represented an excess public entity liability insurer throughout the State of Florida and is involved in cases involving high-profile civil rights violations, wrongful death cases, plant explosions and other high exposure cases and has defended claim bills at the Florida Legislature. Scott obtained his board certification in civil trial law in 2018 which is a designation held by less than 7% of the members of the Florida Bar.

Scott has served as lead counsel in trials in federal and state courts in Florida and Louisiana, including multiple-party toxic tort cases, and he has handled numerous appeals in Florida and Louisiana State and Federal courts. He has recently tried wrongful death and catastrophic injury cases to verdict on behalf of national restaurant franchisees, including obtaining a defense verdict in a case involving the wrongful death of a 21-year-old. He served as trial counsel in MDL no. 07-md-1873, In re: FEMA Formaldehyde Trailer Products Liability Litigation, and successfully defended a trailer manufacturer in a “bellwether” trial brought by a Hurricane Katrina evacuee claiming injuries due to formaldehyde exposure. He obtained summary judgment on behalf of a Fortune 500 company in a trucking case filed in Orange County, Florida, in which the plaintiff, who was rendered a quadriplegic, claimed special damages in excess of $30 million. In Seminole County, Florida, he was involved in a two-week jury trial in which he helped his client obtain a defense verdict in a multi-million dollar construction case arising out of the Orlando Sanford International Airport. In that case, Scott’s client was awarded its attorney’s fees and costs.

Scott has defended businesses and individuals in class-action litigation, and he has litigated complex health care claims both for and against health care insurers. Scott has defended several national restaurant franchisees in Dram Shop litigation involving wrongful death and catastrophic injuries, and he represents the world’s largest quick serve restaurant business and its franchisees in various types of cases including food borne illness, foreign object, slip and fall, and automobile accidents. Scott has successfully litigated several high-profile cases involving defamation and breach of contract, and he represents both plaintiffs and defendants in these areas of law. He has argued numerous cases before the United States Fifth Circuit Court of Appeals and has handled appeals at all levels in State Court in Florida and Louisiana. He has lectured in the fields of food borne illness, sinkhole litigation, automobile insurance and accident litigation, and trial strategy and practice.

Board Certified in Civil Trial Law by The Florida Bar 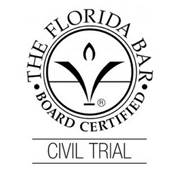 AV® Preeminent™ Peer Review RatingSM by Martindale-Hubbell® — 5.0 out of 5